There’s a bit of conflict as to who the No. 1 team in Southwest Region 8 is. Perhaps this season will sort it out, but maybe not?

The way we compiled our rankings is that we reached out to people from each state and had them vote – and we also voted. Every voter has held a leadership position past or current with a team or league in this region. The majority of voters have been in a leadership position at this level for nearly 10 years, in some cases longer.

We tried to equally represent each state, but we had some voters either choose not to vote or did not meet deadline, but we wanted to release this before the weekend.

We scored it by adding up each team’s ranking and averaging it. If a team was not ranked by a voter, the first time unranked it was worth 21 points, the second 22 points and so on. We totaled all the points and divided by seven and organized teams based on their average rank – that was 50% of the vote.

Thirty-two teams received at least one vote, so we ranked those teams 1-32 with the way we believe it should go, based on following this level for several years and running this site for three. We then averaged our Top 32 (50%) with the seven voters Top 32 (50%) for our official rankings.

To the right is displayed how each voter ranked teams 1-20 and the state that the voter resides in or the media outlet he is with.” – Developmental Football USA (www.dfusa.net) 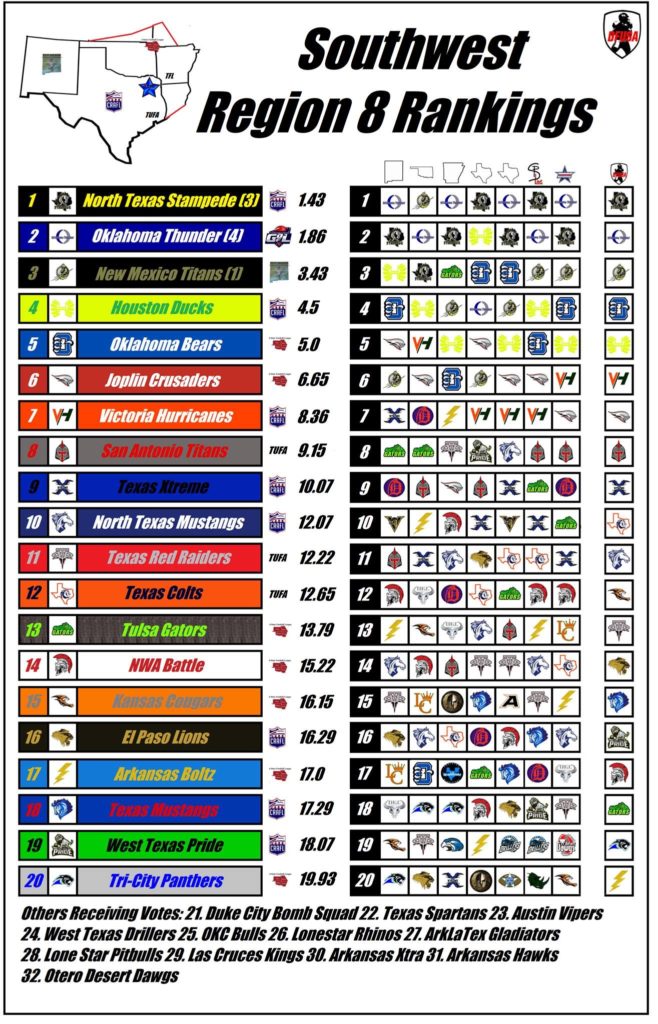